Open House with Randi Seidman every 2nd Tues from 5pm featuring today's newest & grooviest deep, tech and progressive, includes his own mixes as well as exclusive guest mixes from the biggest DJs around the world. TURN IT UP! 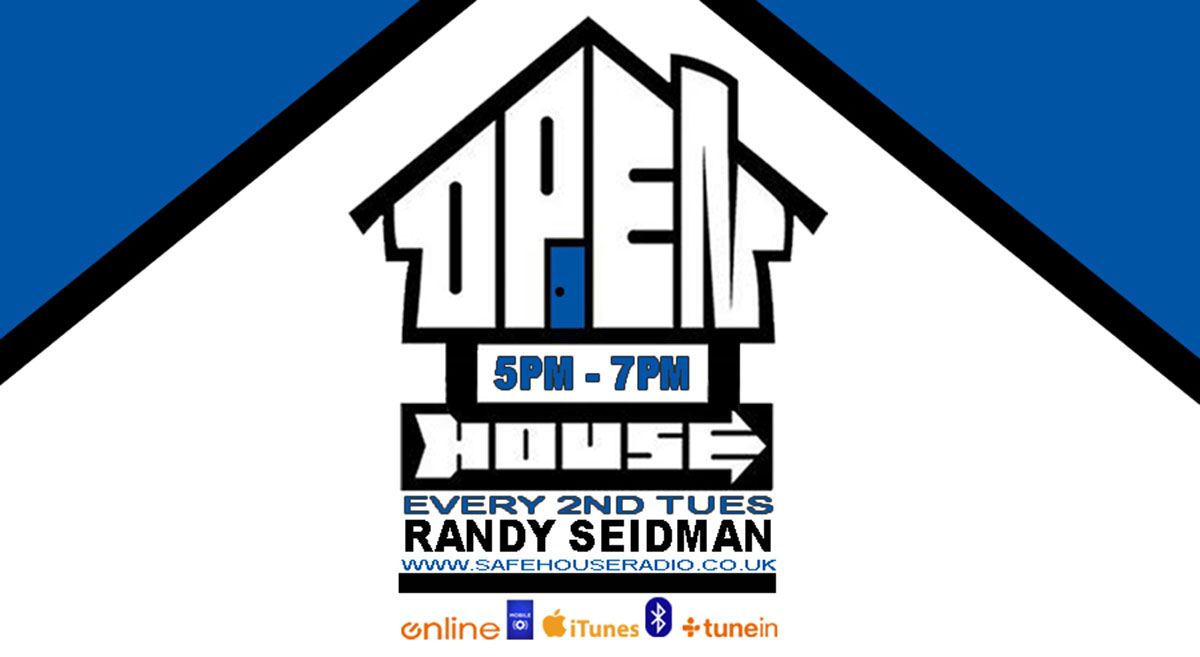 Randy Seidman is one of the hardest working electronic music artists in Los Angeles. His sets are woven together with original edits, creating a unique atmosphere that has caught the ears of many.

Since 2007, Randy has been the top support choice of trance megastars, Infected Mushroom, playing over 450 shows with them around the world (from Ecuador to India, Mexico to Russia, Canada to Ibiza, New York to Madrid, and countless places in between). They named Randy "Breakthrough DJ/Producer of the Year" in the prestigious DJ Mag Top 100 poll.

As one would expect, this exposure helped open many doors for Randy, including headlining shows at Ministry of Sound in Korea; Full Moon Festival in Koh Phangan (Thailand); Levels in Bangkok; Zouk in Kuala Lumpur (Malaysia); WhiteRoom in Sabah (Borneo); Pyramid & Velvet Hypnotized in Bali (Indonesia); El Siete in Quito (Ecuador); Rise Afterhours in Boston; Silk City in Philadelphia; and many other global destinations including Switzerland, Finland, Russia, and Mexico.

Additionally, Randy has had the honor of playing some of the world's best clubs and festivals including: Privilege (Ibiza), Kapital Festival (Ecuador), Caffeine Festival & Beta Nightclub (Denver), Guvernment (Toronto), Insomniac's Nocturnal Festival (Austin), and three times at the Miami Winter Music Conference for Ultra Music Festival. All of this while holding a monthly residency at one of the world's top nightclubs, Avalon in Hollywood.

Since 2008, Randy has had a stream of releases supported by the likes of Armin Van Buuren, Sander Kleinenberg, Ad Brown, Omid 16b, and Matan Caspi to name just some. Randy's first downtempo EP, entitled 'Sunset Honey' (produced alongside Infected Mushroom's guitarist, Tommy Cunningham) climbed to the #2 spot on Beatport's Top 100 Chill Out release chart. This set the stage for Randy's next two downtempo EP's, both of which climbed to top-3, including the #1 position for 'Been Forever', a successful collaboration teaming up Randy with The Maniac Agenda (producers of the popular video game series, Metal Gear Rising). Randy has released music on labels such as Black Hole (Magik Muzik), Witty Tunes, Spring Tube, Outta Limits, Intricate Records, Easy Summer, and many more. Additionally, his music has been utilized by the E! Television Network.

Randy hasn't settled with DJing and music production... Open House is his electronic music mix show which airs monthly on Safehouse Radio. The program features quality dance music ranging from Deep to Tech to Progressive, and has reached over 300,000 downloads from around the world. Past episodes have included guest mixes from the likes of Mark Lower, Chris Lake, Max Freegrant, Quivver, Proff, Nora En Pure, Eelke Kleijn, Ad Brown, Claes Rosen, Moonbeam, and many more... Check out all episodes and track lists at www.openhousepodcast.com, and subscribe for free in the iTunes store.

Randy pursues his craft with exuberant devotion: a desire for the party, for the sound, and for the beauty of dance music. In the next few years, you will see his ambition take him to new heights - in music and in life.

Tweet
More in this category: Previous Luca Guerrieri Next Cherish
back to top