Luca Guerrieri joins us on Safehouse Radio every fourth Sunday from 4pm, delivering a monthly dose of house music from Follonica, Italy. 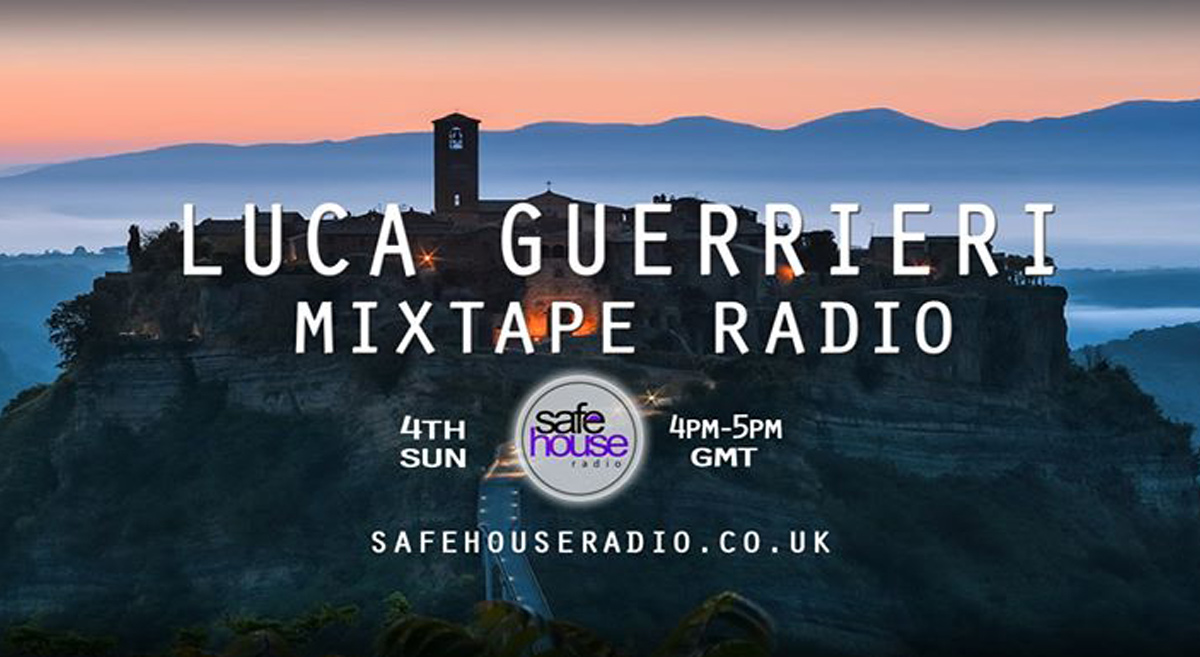 A long story from 90's...
December 2014 after the Pete Tong World Exclusive First Play, Danny Howard presents ‘Harmony’ by Italian producer and DJ Luca Guerrieri as the latest Future Anthem of 2014 on his BBC Radio 1 Show. Emotional strings and beautiful piano arpeggios, dramatic, haunting bassline, and pressure beats packed with powerful peaks and drops are the elements that led the track to earn fans as diverse as Zane Lowe, Groove Armada, The Avener, Gorgon City, Rudimental, Avicii, Axwell and Steve Angello to name but a few. With rumors on the Internet fast becoming stellar, ‘Harmony’ (D:vision Records) was shortly after crowned the latest #No1 of the year and “the biggest tune of 2015!” in the DMC Buzz Chart, and the BBC Radio 1 Dance Chart #No1 for 2 weeks in a row.

Speaking of Luca Guerrieri as a newcomer would be an understatement though as he has been producing club hits such as ‘Strump’ with Federico Scavo and remixing classics for artist including Bob Sinclar, Crystal Waters, Jutty Ranx, Ruffneck, Robbie Rivera, Pitbull, Rufus, Marshall Jefferson, Barbara Tucker, and more since 2000. In the same year, Luca became resident DJ for Tartana in Tuscany, one of the most popular clubs in Italy, and he is also the resident DJ for another landmark club, Setai in Bergamo, with regular appearances at some of the best clubs in the country including Tenax in Florence, Setai in Bergamo, Samsara in Gallipoli and Music on The Rocks in Positano.

In 2016 he founded together with event specialist Marco Roncetti (Marula / Tartana) Claps Records A brand new genre crossing label from Tuscany with a special blend of Deep / Tech House and Soulful grooves, have their sights set to captivating an international audience with their music. They will also be launching their own club sessions to showcase artist from the label and beyond.

More in this category: Next Randi Seidman
back to top